The fight is NOT over – our substantive hearing is still being heard in Court, likely within the next 2 months.

So join us in maintaining hope and PLEASE help spread the word. We still need significant help with donations to fund this ongoing, critically important legal action for our children.

Late yesterday 1 February Justice Ellis delivered her interim judgment declining to halt the roll out of the Pfizer vaccine to 5-11 year olds until a full substantive hearing is heard.

Justice Ellis found that Medsafe’s decision to approve the vaccine for 5-11 years was based solely on the therapeutic benefits of the vaccine to this age group and no other considerations.

As to the applicants’ concerns about effective mandates excluding unvaccinated children from society, her Honour noted that the government’s recommendation was that children in this age group should not be denied access to locations or events based on their vaccination status.

A spokesperson for The ‘Hood said; “We are very disappointed but are not surprised at the decision today.

“While we are concerned the Judge did not act in a precautionary way, by temporarily halting this roll out until the matter could be heard in full, our case remains compelling.”

“We are concerned that the government continues to state that this vaccine is safe and effective, when on its own evidence, in less than two months of the vaccine roll out in the United States, over 100 severe adverse events have been reported. All we are asking is that, in light of the ever-increasing number of reports (in a short period of time), that we halt the roll out of this new vaccine technology to healthy young children who have the rest of their lives in front of them.”

The spokesperson said they are committed to continuing their fight.

“This does not in any way stop this landmark case to halt the roll out to children, due to serious concerns around the vaccine’s safety and efficacy.”

The interim case lodged by a group of concerned parents presented extensive evidence in support of four key claims:

Regardless of Justice Ellis’ decision today, this fight is by no means over.

“The next stage for the applicant parents – indeed all concerned parents – is a substantive legal hearing within the next couple of months on two key points:

It has only recently become apparent that these vaccines can cause serious life-threatening adverse reactions such as thrombosis and myocarditis at much higher rates than would be expected of other established vaccines used in childhood or adult immunisations programs, such as the hepatitis B and seasonal influenza vaccines. The extremely late identification of this serious mRNA vaccine-induced side effect raises the risk that there are other serious mRNA vaccine-induced side effects yet to be identified.”

Another of the parents’ experts concluded:

'There is no benefit for children or their families to vaccinate healthy children against the small risks of the virus, given the known health risks of the vaccine – as a parent, you and your children may have to live with for the rest of their lives. The risk/benefit analysis for vaccination of otherwise healthy 5-11 year children with the Pfizer Comirnaty mRNA vaccine technology is not even close.

The very nature of an mRNA vaccine means that a viral gene will be injected into a child’s cells. That gene forces the child’s body to make toxic spike proteins. These proteins can cause permanent damage in critical organs, including the brain and nervous system; heart and blood vessels, which could cause inflammation of the heart including blood clots; reproductive systems in both boys and girls, but predominantly girls.

The most alarming point about this is that once these damages have occurred, they are irreparable and cannot be reversed. The lesions within the brain cannot be fixed; the heart tissue scarring cannot be repaired; the reproductive damage could affect future generations to come.'

The spokesperson said: “Of bigger concern was one of the Crown’s submissions was that if the court were to grant interim orders, ‘The logistics of the rollout would be severely disrupted at huge cost’.

“We find it disturbing that the Crown’s position could include a commercial and ‘convenience imperative’ to continuing the roll out where clear safety concerns are being raised. When it comes to children, their health is paramount and commercial considerations safety is, unsurprisingly, a key consideration, should be irrelevant.” 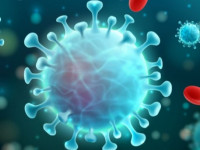 Florida to recommend that healthy kids not get COVID-19 vaccine, Surgeon General says 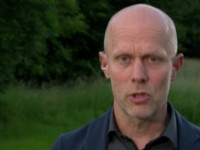 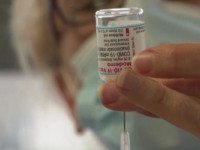 Covid-19: Should we vaccinate the kids?