A group of parents opposing the vaccine rollout for kids claim it will lead to bullying, exclusion from activities, and deny their sons and daughters childhood joys.

The eight parents - whose names are currently suppressed - are suing the Government to try and urgently stop the Covid-19 vaccine rollout for children aged 5 to 11.

The group includes an electrician, two stay-at-home parents, a service assistant, a quality assurance manager, a company director, a civil engineer and an unemployed woman. All have children aged between 5 and 11.

The group's lawyers have spent the day in the High Court in Wellington arguing for a judicial review on the basis that the provisional consent process for the children's vaccine was flawed and illegal.

They want that consent to be revoked and are trying to get the rollout halted immediately until a full judicial review can be held.

The Crown argued the impacts of children aged 5–11 contracting Covid-19 had far more repercussions than the effects of the vaccine itself.

Crown prosecutor Kate Wevers said on behalf of the Government that it was clear significant numbers of parents want to vaccinate their children and there was no good reason to deprive families of that right.

The group's statement of claim was filed in the High Court on January 14 against Health Minister Andrew Little, Covid-19 Response Minister Chris Hipkins and the head of Medsafe - three days before children became eligible for the vaccine in New Zealand.

Since then, more than 110,000 Kiwi kids have received their first dose of the Pfizer vaccine.

Around 8.7 million doses of the Pfizer vaccine have been administered to children aged 5–11 worldwide.

Wevers said among the millions of doses worldwide, only 100 cases of children suffering serious effects from the vaccine had been reported.

According to the Crown, there would be a wider public interest at stake, and the actions needed to determine if immunocompromised children could access vaccines would be a "huge waste of limited public health resource at a time of a public health crisis".

"They [the parents] are free to choose not to vaccinate their children and shouldn't be able to restrict others from the choice of vaccination themselves," says Wevers.

In response lawyer Nick Williams said it was the group's position to preserve their childrens' right to full access of activities in the community so they won't be denied access by virtue of not being vaccinated.

During today's proceedings, some of the parents' affidavits were read aloud in court. They fear current Covid restrictions placed on vaccinated adults will become common for children, including vaccine passports and exclusion from venues.

One applicant, a mother of an 11-year-old girl with a heart condition and genetic syndrome, says her child will be unable to attend netball or swimming lessons.

Another fears her son will be excluded from sports. "This is simply not a normal life for a child," she stated.

Submissions from the Crown acknowledged those fears but stated that under the Covid-19 Public Health Response protection framework children under the age of 12 years and 3 months were not required to present a Covid vaccination certificate.

The group argues that Medsafe's decision to grant provisional consent was flawed for a number of reasons, including that it considered "irrelevant" information about vaccinating children to protect their whānau or stop the spread of Covid in schools.

The health of the children themselves should be the only consideration, the group claims. 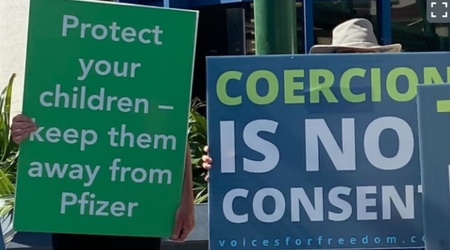 It also claims that while Hipkins has said the jab will never be mandatory for children, in practice it will effectively be "quasi-mandatory" because it will probably be required for admission to school camps and other activities.

"Children in this age group and their parents are also likely to be placed under significant governmental and social pressure by others in the community for such children to be vaccinated," the statement of claim says.

The group also believe the therapeutic benefits of the vaccine for 5 to 11-year-olds are not enough to outweigh the risks of harm from the vaccine, given kids are generally at low risk from Covid.

Justice Rebecca Ellis said a decision will be released on the matter early next week.

In a statement made outside court Williams said they were happy to have had a fair hearing before Justice Ellis and were pleased to get their case on quickly.

For now Williams and his team "will wait and see".

Experts have previously told the Herald that while most children who get Covid have only mild or no symptoms, a few can get very sick. Covid infection has also left some children with other, serious complications, including multi-inflammatory syndrome and Long Covid.

Clinical trials found the Pfizer vaccine was both extremely safe for children and very effective at stopping them from suffering severe Covid symptoms.

About two-thirds of parents who participated in a recent Government-commissioned survey said they would get their children vaccinated, and there has been high demand since the rollout began. 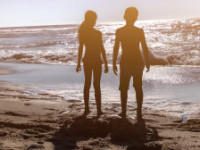 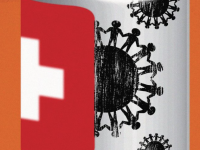 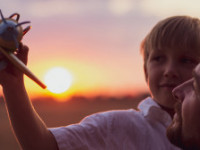