A recent case in the Whakatane Family Court gives some hope to parents opposed to COVID-19 vaccinations for their children.

The mother wanted C to have the COVID vaccine, but the father opposed it.

The mother originally applied ‘without notice’, ie. using a procedure which would have prevented the father and C from being heard on the issue. This procedure is usually reserved for ’emergency’ cases where a person is in imminent danger of being harmed. This was declined and the case was ordered to proceed ‘on notice’ to allow both father and son to be heard before the judge made his/her decision.

At the time of the application, C was in the shared care of his parents. The mother also sought a temporary parenting order placing C in her fulltime care until he had had his second vaccine.

As is normal practice in the Family Court, a lawyer, Mr. Kay, was appointed to represent C’s views. The Judge also met C in person before the decision was made.

Mr. Kay’s view was that C should be vaccinated, as it was in his ‘best interests and welfare’ to do so. As part of his brief Mr. Kay wrote to C stating:

‘…children do get COVID and pass it on to others who become ill and die.’

Judge Coyle however, rejected Kay’s claim. According to the WHO, the death rate from COVID in Australia was 0.02% and New Zealand, 0.03%. To say emphatically that ‘people who become ill and die’ was not borne out in the official WHO statistics.

C was adamant that he did not want the COVID vaccine, expressing this desire to both Mr. Kay and the Judge.

The crucial issue in the case was the weight the judge would give to C’s views and wishes. Most Family Court litigation involving the care or guardianship of children involves the judge determining what is in the ‘best interests and welfare’ of the child. This requires a balancing act of many factors and legal principles, and, with each case being different, a factor important in one case may not be so in another.

In this case Judge Coyle felt that C was a sensible and intelligent young man, with a particular ‘bent’ for scientific matters. He was more than capable of making an informed decision himself on whether or not to take the COVID vaccine.

The mother’s argument that C could not have an informed belief because his view was ‘not the mainstream’ and was influenced by his father’s ‘anti-vax’ household was rejected by the judge – just because he had a different view to his mother did not mean he was wrong. The fact that C’s views were not ‘mainstream’ did not make them ‘distasteful.’

In considering C’s Bill of Rights Act rights, it could not be shown ‘demonstrably justified’ for C to receive the COVID vaccine, especially given the efficacy of the vaccines was short-term only. The Ministry of Health’s own guidelines said, in relation to children aged 12-15, they could refuse or consent to vaccination.

Is this case a precedent? Short answer is no. But, it does give parents opposed to the COVID vaccination of their children hope to know that such cases are not foregone conclusions and are arguable – the Family Court will not just rubber stamp the COVID propaganda of the government and its health agencies. If your child has similar characteristics to C, intelligent and sensible, and capable of forming an informed view at the age of 12, the decision of Judge Coyle in L v S will be highly persuasive.

You can donate to our cause here: https://thehoodnz.com/donate 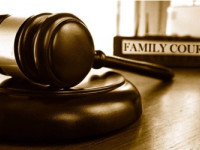 A win for informed consent in family court. Objective and honest reporting and judgement!